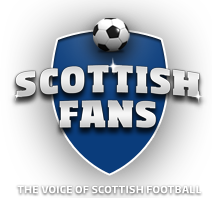 Hi everyone, the following blog was first published here on the 28th February on the www.Scottishfans.org website by Paul Goodwin from Supporters Direct Scotland. We have reblogged it here in case you missed it.

Strange things are happening in Scottish football and the fans are very much part of what can be described as a changing landscape.

In the summer the clubs and the football authorities were told not to treat supporters with contempt and suddenly integrity and consultation became key words in the world of football politics.

With the weight of public opinion behind them and their season ticket money in their pockets supporters managed to drive home the message that they needed to be listened to. It really was the start of something different never before seen in the Boardrooms of Scottish Clubs. 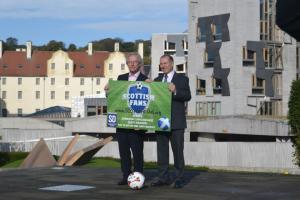 With five senior clubs in Scotland now “fan owned” and operating on the co-operative basis (one member/one vote), those who matter most – fans, supporters, loyal customers – will have a growing say in what will happen in Scottish Football in the future.

This change has been recognised at Hampden Park where both the SFA and the league bodies have really started to engage with fans in a far more meaningful way. In my work with Supporters Direct Scotland it has been encouraging that we really have started to make an impact with our Fans Parliament initiative that provides fans with a voice. If we’d had that voice a few years back then maybe the debate over the new League Reconstruction package might have been more fans’ focused. As it stands we hope that the growing importance of supporters is extended beyond the current debate. Most observers recognise that the fans may not get everything they want this time around – bigger leagues or the desire not to have to play each other 4 times a season – but there is much in there for the fans to take heart from such as having one league body, fairer financial distributions, more play-offs, a stronger pyramid structure and hopefully better governance too.

With the potential shift of power towards these super loyal customers it means that the existing dynamic of dependency on a wealthy owner /benefactor (if you have one of them) could be coming to an end.

This creates a unique opportunity in Scotland – with little chance of a profit and a market where very few want to buy a football club, it means that fans’ being more involved in owning and running of clubs is here to stay. More than that, it is the future. Who else has a fan’s lifelong commitment to their club and an interest in ensuring it is safeguarded for the long term? Fans are the lifeblood of football – not just socially and culturally but economically and there are now real chances to turn that commitment into meaningful involvement in the way clubs are governed.

Clubs such as Motherwell and St.Mirren are already seeing this as a positive step as a long term community strategy and fans of clubs such as Hearts, Dunfermline and Kilmarnock are all desperate to have a say in how these clubs can be run as sustainable community assets. The goalposts are moving fast.

Of course with potential power there comes responsibility and how many times have we heard in the past that the Board of a club should be held to account when they have not taken fans’ views into consideration. At the five community owned clubs in Scotland there is already democracy in action.  There’s no need to be standing outside shouting to sack the Board or to be throwing stones. Instead you just need to turn up at the AGM with your fellow members and vote off for change.

There is no doubt that there is a cultural change under way and that change isn’t going to happen overnight. Everyone involved in fan and community ownership is learning about how this new model will work best and how their own club adapts to the change.  Like everything else, change takes time to settle and, with every day that passes, new challenges will face everyone involved in a club, including those difficult moments that, ideally, no-one ever wants to see happen.

Today, the Fans Representatives on the Board at Dundee FC, a club that is owned 52% by the community, are coming to terms with a managerial appointment that hasn’t been received well by its supporters.

There isn’t a Board of Directors at any club in the country that will have received universal backing for a new managerial appointment but what is different at Dundee, and those other clubs that have embraced the fan ownership model, is that rather than being on the outside venting their spleen they have the ability to change, through voting, those representing them in the boardroom.  This simply wouldn’t be an option with traditional ownership models and it is this level of transparency and accountability which provides the basis for the long term success of the model. If you still need convincing, then you need only look to Germany and the Bundesliga where they have embraced supporter ownership for the last 40 years backed up by robust regulation.  Not only has that led to unrivalled levels of financial sustainability but it has also been achieved whilst protecting the interest of fans and attracting the biggest crowds in European football – and they’re not doing too badly on the pitch either!

In Germany this structure has been part of the fabric of the game for generations, but here a transition will not be immediate and will not be easy.  However, whilst the ownership structure that fans now have may not be the perfect model , at least fans can no longer be ignored and, whether you like it or not, that has got to be good news for the game and for the green shoots of football democracy.