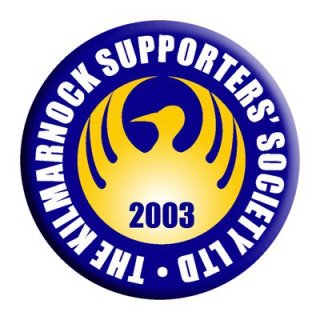 The Killie Trust would like to update our members on the current state of play with our community ownership (COG) plans in the approach to our AGM, which will be in the Park Hotel on Monday 17th December. We launched the initiative back in August and had hoped to firm up plans in the months following but unfortunately circumstances dictated that we had to put things on hold.

We were informed, by someone working closely with the club, that there had been an offer to buy out the majority shareholding and of course this would have a major impact on how we were going to progress our plans. Further investigation revealed that this information proved to be correct but that the board of director had rejected what appeared to be an excellent offer given the perilous state of football in Scotland and the debt carried by our club.

While we are extremely disappointed that there will be no change in how the club is currently run, it only serves to strengthen our resolve in bringing community ownership to Kilmarnock Football Club. We now plan a series of meetings, bringing together like-minded local businesses to support our long-term aim in ensuring the club’s survival.

Fans of other teams have found out the hard way that the only people that can be relied on to put the interests of the club first are themselves; we should learn from what has already transpired and not get caught out the same way. We currently have a good manager and squad of players who we will continue to support 100% but it is imperative that we prepare ourselves for the inevitable changes that are on the horizon and community ownership, now or a few years down the line, should be our ultimate aim.