The Killie Trust has consulted with its members about taking forward a plan to bring KFC in to community ownership. This has always been an objective of the Killie Trust, but recent events have forced us to take a look at the bigger picture and the consensus of the Trust Board is that we’ve now got to revisit one of our primary objectives and concentrate our efforts on community ownership in one form or another.

A meeting was held after the game against Motherwell on the 18th of August, which was very well attended. This meeting is only the first step in what could turn out to be a long journey, and there could be a lot of twists and turns on the way which we have to be prepared for. The Trust had done a little bit of work on this however so that there was something tangible to discuss.

The Trust is going to call this initiative the Trust’s COMMUNITY OWNERSHIP GROUP Fund, or COG for short and we’ll keep any money raised in a separate account. So if we talk about the Trust’s COG Fund from here on in then you’ll know what we are referring to.

The Trust Chairman outlined the three proposals to the meeting which were:

1.  All COG funds raised will be used for the purpose of bringing Kilmarnock Football Club into community ownership. The society aims to own over 51% of the club.

2.  The use of £9 of the annual membership fee of £10 for adults will be put towards the Trust’s Community Ownership Group Fund; this will be reviewed on an annual basis.

3.  To undertake on behalf of the society’s members all discussions and negotiations that are required to effect a transfer of ownership of Kilmarnock football club to Kilmarnock Supporters’ Society Ltd.

The Killie Trust is founded on the principles of democracy, openness and transparency. The negotiations that will be undertaken may require a confidentiality agreement to be entered into. The Trust will endeavour to keep its members as informed as possible and will aim to minimise the scope of any 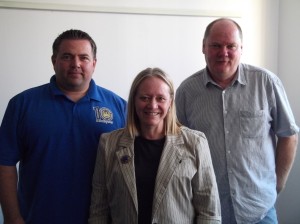 agreement, but there will be times when the board of the society are unable to keep members as informed as they should be.

There were some questions from the members including Cathy Jamieson the local MP and Killie season ticket holder before the proposals were unanimously agreed to by the meeting.

The Killie Trust board will now get to work on a plan of action to take this forward.